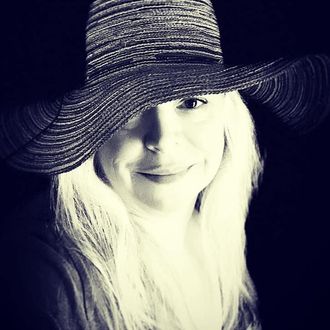 It's not easy to make a living from music in the best of times, but now it's basically impossible. If you enjoy my music and would like to help me make more you can leave me a tip. CD's and other merch are available on the merchandise page. Use FansRule discount code for 15% off. Thank you!

Enter the amount you wish to donate

Click on the picture to listen to a preview! 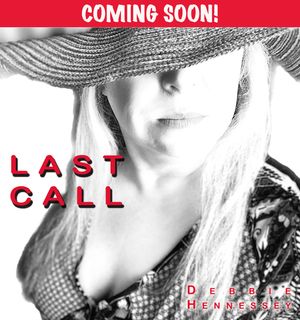 I can't wait for you to hear the next release Last Call! - dh

Last Call, the song, was co-written by Debbie, KP Hawthorn, and Steve Berns and produced by Debbie and Charlie Waymire. Both KP and Johnny Hawthorn lend their guitar skills to the track, and it was mastered by Ernesto Homeyer. The vocal was recorded at Ultimate Studios, Inc.

Last Call, the EP, will also include A Heart Like Mine, Bulletproof Heart, Chasing Ghosts, last summer's single True Me, and more. 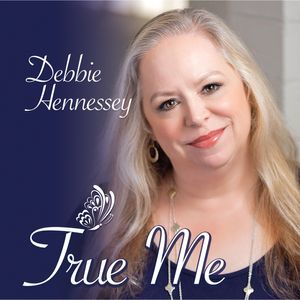 I've wanted to work with Jon for about ten years, and it was worth the wait. I love this song! I hope you will too. Included is a bonus instrumental track. Over the years, I've worked with incredible musicians who create tracks that stand on their own, so I decided to let you hear what I hear. Shane Gaalaas added some kick-ass drums, and GRAMMY Winner Hans DeKline provided mastering. The digital version is available now, and a limited run of CD's will also be available.

Award Winning Artist Debbie Hennessey's latest full-length cd No Longer Broken is available now and features the songs Every Song Is You, You Can't Unpull A Trigger, Whiskey Charm, Right For Right Now, and more. Click on the music page or the music player on every page to listen.

Below is the music video for Every Song Is You! After you've watched that be sure to check out the video tab for more including the exclusive interview and behind-the-scenes look at the No Longer Broken cd release party and acoustic show.

Debbie Hennessey was named AC40 Female Artist of the Year by New Music Weekly as well as charting a Top 20 Hit on NMW’s AC40 Charts. Her songs and music videos have aired on USA and UHD Networks, and TV shows Extra, The Next GAC Star, and The Moment. She has been named a multiple Finalist in the Great American Song Contest and multi-Semi-Finalist in the Song of the Year Contest, International Songwriting Competition, and Music City SongStar Contest, as well as multiple Honorable Mentions from the Billboard World Song Contest and West Coast Songwriters Contest. Her songs have been included on compilation CDs including CMT's New Music Collection, GoGirls MusicFest, Songsalive!, Beautiful-Women on the Move, among others and named Best Vocalist of the Month by SingerUniverse. Debbie also provides music for film/TV music libraries. She is a voting member of the NARAS/GRAMMYS, a writer/publisher member of ASCAP, as well as a member of AIMP, NARIP, and on the steering committee of SONA. Debbie's three full-length cds and seven singles are all available through many music outlets including iTunes, CDBaby, and Amazon, or by calling 1-800-BUY-MY-CD.

New Music Weekly Awards:  Debbie was named AC40 Female Artist of the Year by radio and industry personnel. Other nominees for the award this same year included Sarah McLachlan, Sheryl Crow and Ellen V. A huge honor for an indie artist!

Song of the Year Contest: Also chose the song Ugly Sweater Christmas written by Robin Sandoval-March and Debbie Hennessey, and sung by Juliet Lyons was a Semi-Finalist in their 2022 contest.

International Songwriting Competition: The song Ugly Sweater Christmas written by Robin Sandoval-March and Debbie Hennessey, and sung by Juliet Lyons was a Semi-Finalist in the 2021 contest.

Music City SongStar Contest: The song Bounce written by Debbie Hennessey, Robin Sandoval-March, and Charlie Gathe, and sung by Sarah Russo was a Semi-Finalist in the 2019 contest.

West Coast Songwriters Contest: The song Bounce written by Debbie Hennessey, Robin Sandoval-March, and Charlie Gathe, and sung by Sarah Russo received an Honorable Mention in the 2018 contest, one of only three songs in the Pop category to do so.

Rock n' Roll Camp For Girls Los Angeles: Debbie's song Believe was one of only three songs chosen by the girls to create a music video in the 2018 session. In one week the girls, ages approx 12/13 yrs, were required to choose a song, create a concept, do pre-production, filming, and editing, the video premiered at the camp showcase held at the world-famous Troubadour. Debbie spent the filming day with the girls and was in the video with them. "This was one of the best days I have ever had as a musician," Hennessey said.

West Coast Songwriters Contest: The song Whiskey Charm written by Debbie Hennessey and Jeffery Marshall received an Honorable Mention in the 2017 contest, one of only two songs in the Country category to do so.

Song of the Year Contest: The song Whiskey Charm written by Debbie Hennessey and Jeffery Marshall named a Semi-Finalist in the 2016 contest.

West Coast Songwriters Contest: The song Sugar & Rain written by Debbie Hennessey, Courtney Leigh Heins, and Jeffery Marshall received an Honorable Mention in the 2013 contest coming in in the Top 7 in the Country category.

Debbie's song Believe appeared in an episode of the TV show The Moment with host Kurt Warner on USA Network.

Studio 51 Music/Pacifica Music: Debbie signed a deal with music library Studio 51 to provide songs to Pacifica Music and other music production libraries for film and tv.

Good As Gone Music Video Featured on GAC: The Good As Gone video airs nationwide on GAC TV as part of the show The Next GAC Star.

Good As Gone Music Video Featured on TV Show Extra!  As part of the Star 98.7 FM/Ironworks Records contest Debbie's video for the song Good As Gone was featured on the TV show Extra. Debbie and the song were introduced by host Dana Devon and the video played as the show's credits rolled on the side. This was a great boost for an indie artist! Thank you Extra & Star 98.7 FM Los Angeles.

ASCAPLUS Award: Debbie has received multiple ASCAPlus Awards, for songwriting from the American Society of Composers and Publishers.

NARAS/Grammy: Debbie is a voting member of the National Academy of Recording Arts & Sciences.

MS Music Fest & The Montel Williams MS Foundation:  The song Love Might Change Your Mind from Debbie's Good As Gone cd was chosen to be included on the MS Music Fest 2006 Compilation CD to benefit MS charities. www.myspace.com/msmusicfest

Charity Events: Debbie supports many worthy charities and causes by playing shows and donating cds and merchandise. Debbie has been honored to play for The American Cancer Society’s Relay For Life Event for several summers in Santa Monica and Redondo, CA; the Lynne Cohen Foundation for Cancer Research; the Hep C Aware/Hep C Coalition and others. She has donated cds and merchandise to Best Friends Animal Sanctuary auction; Levi Lindekugel/St. Jude Hospital Event; CAL/TEX retired Highway Patrol Officers of CA & TX auction and many more. If you would like Debbie to perform at an event or donate some cds use the "contact form" to send your request.